Coding skills learnt whilst undertaking a course at Codeclan

I’ve recently completed an intensive full-time 19 week professional software development course at the digital skills and coding academy Codeclan in Edinburgh, UK. Course ended on 27th July 2018 after 3 weeks of pre-course work then 16 weeks in the classroom in Edinburgh. My class was collectively referred to as E21.

More information on the course I completed can be found in the syllabus.

I contributed to 65 projects during the course, all of which can be found on my github account.

This page is a summary of week long projects undertaken and the skills learnt. 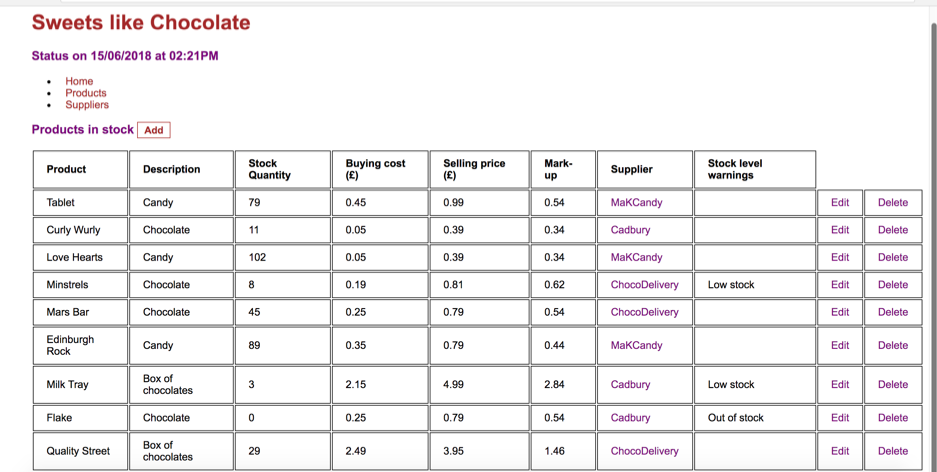 This was a solo project built in Ruby using Sinatra and PostgresSQL to interact with the database. We were given one week to build this project with a presentation provided to the class at the end of the week. This project was undertaken in Week 5 for the course.

During the making of the project I demonstrated that:

This project involved writing code in Java to create a fruit machine(slot machine). 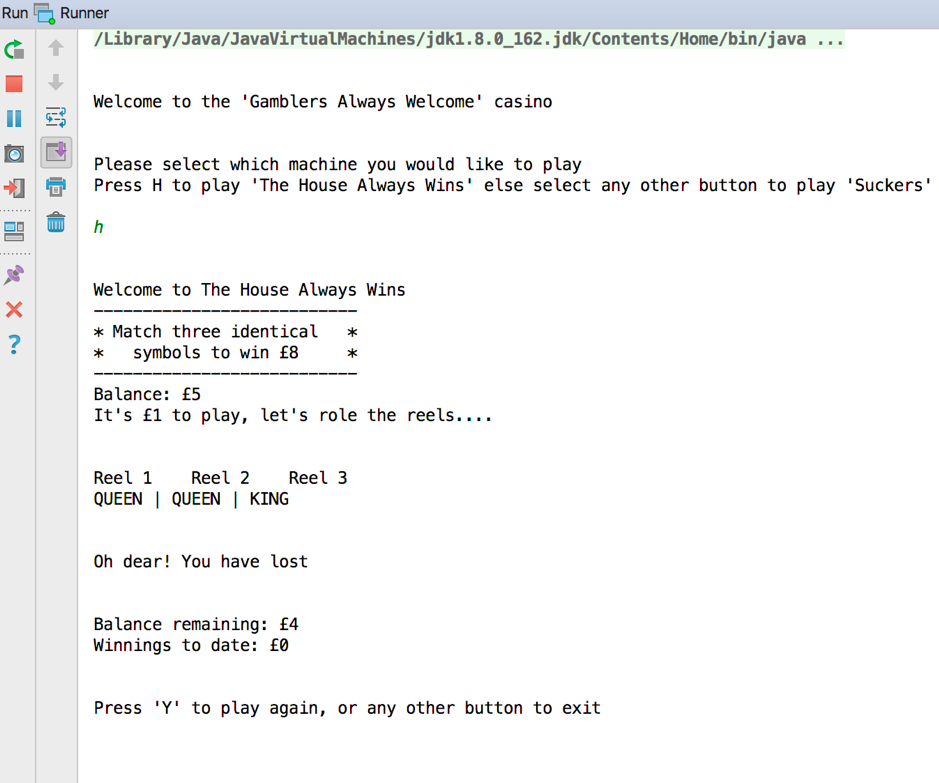 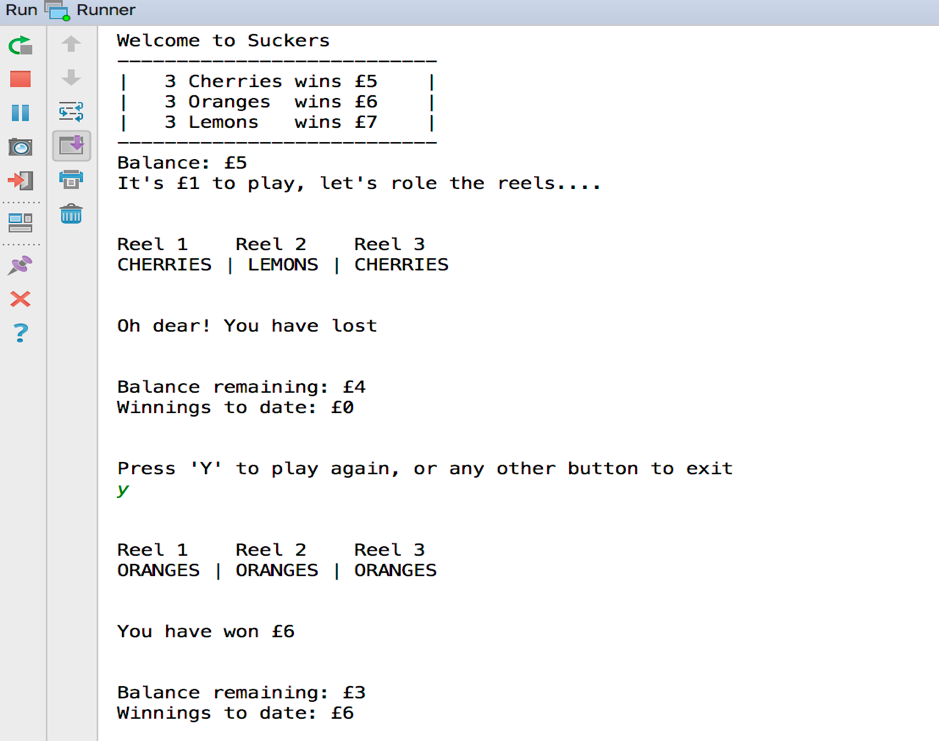 This was a solo project built in Java and run in the IntelliJ IDE.

We were given one week to build this project with a presentation provided to the class at the end of the week. This project was undertaken in Week 9 of the course.

I created two games through utilising an abstract class for the fruit machine and utilising enums for the content of the reels. A runner file was used to pull together the code and run the game.

During the making of the project I demonstrated that:

This was a week long group project undertaken in Week 14. At the end of the week we gave a presentation to which all students and staff at Codeclan were invited.

Although the brief indicated that the BBC should be considered as the user, the actual remit was less strict therefore we chose to create an educational app for use at a science festival or museum. Our vision was that our app would be shown on screens and tablets whereby the user would be drawn by visually stimulating images to explore and learn about our solar system and space through interacting with the app.

Our app is designed to: 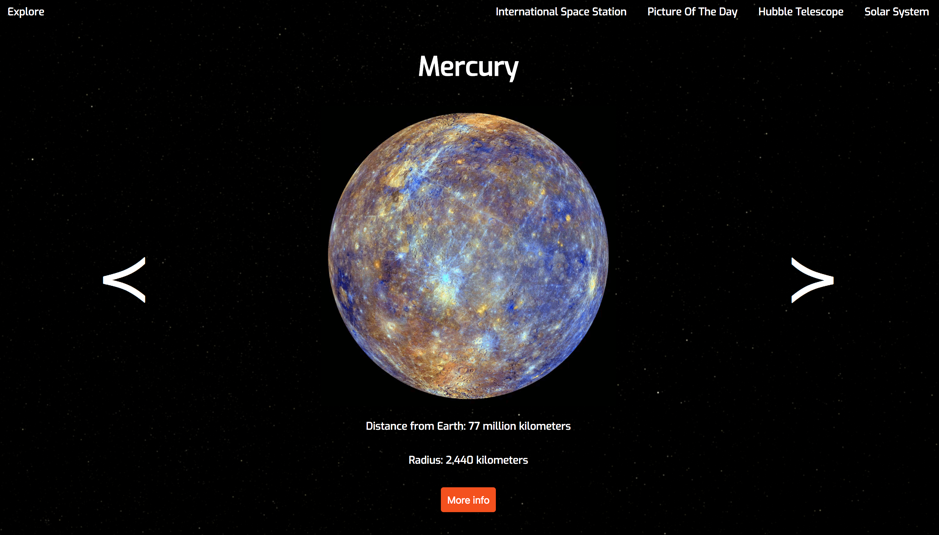 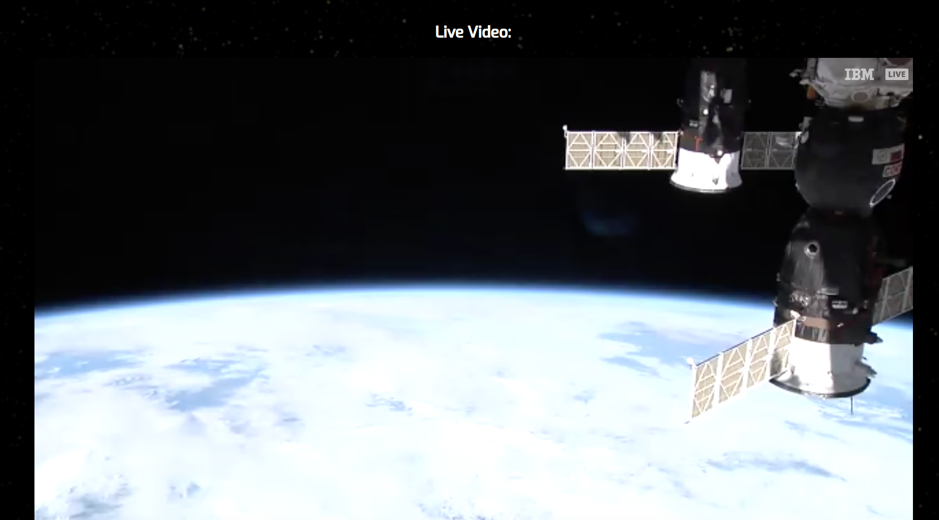 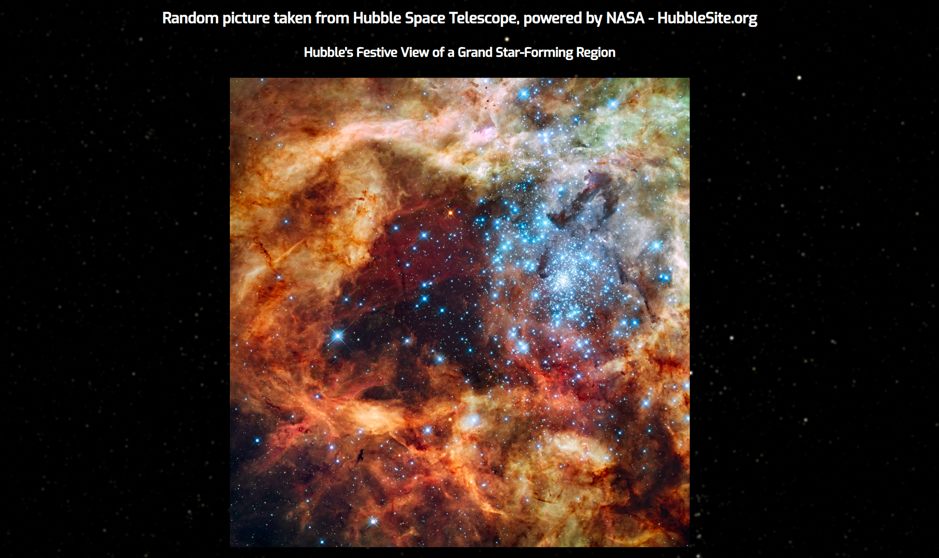 The solar system information and images are contained within a database seeds file which we created and ran using MongoDB. All code was written in Javascript and we used the pub/sub model for transmitting the data.

The images from the Hubble telescope, the ISS tracker, and the astronomy picture of the day are all powered by NASA APIs. The ISS tracker is render on a map using an open source library on Leaflet.

During the making of the project we demonstrated that:

For our final week we were permitted to do a coding project entirely of our choice. I chose go back to the reason I started to write code and that was to draw things.

I created sketches(programs) which run in the Processing development environment with the code written in Java. 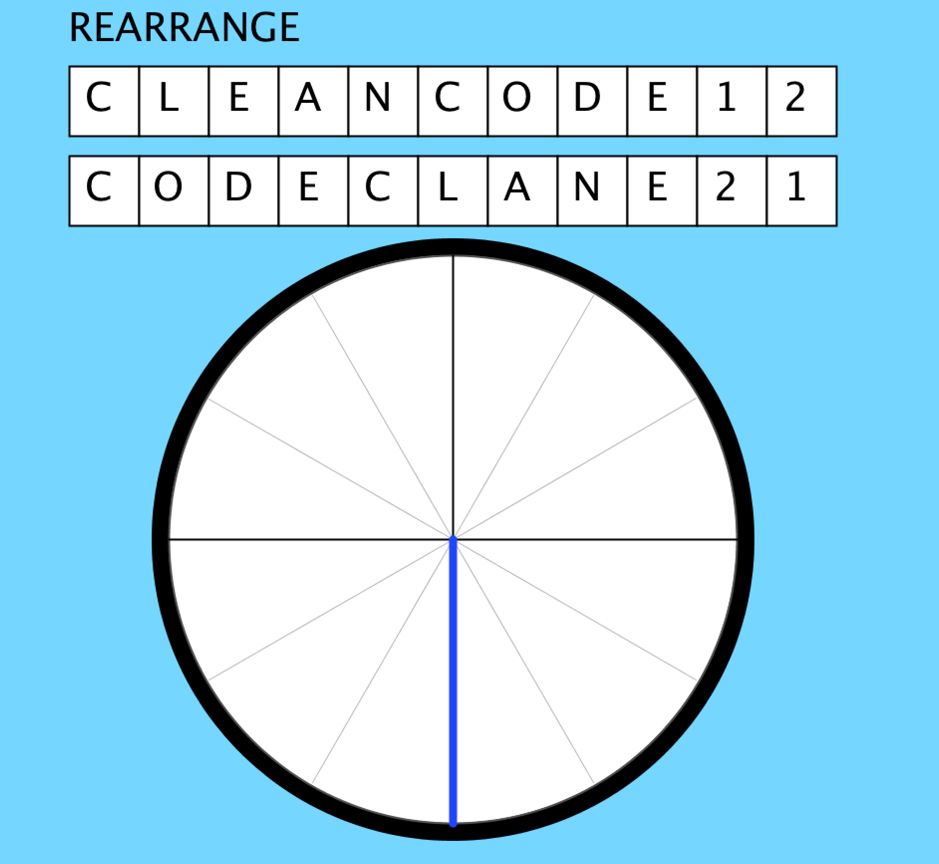 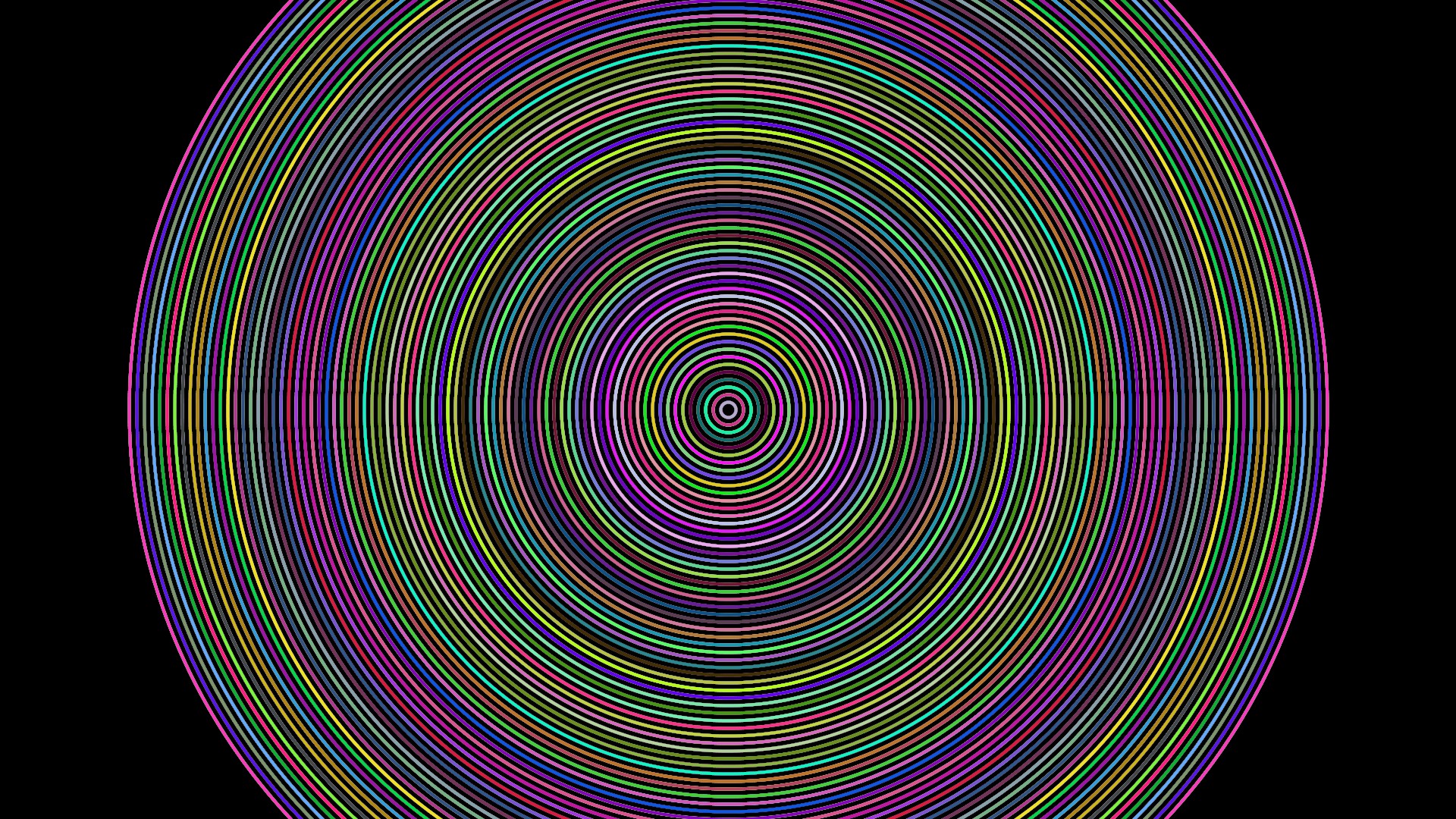 I wrote/adapted four sketches which showed:

The aim was really just to have fun and bring together some of common data structures and algorithms used throughout the course such as arrays, loops, and conditionals.

At the end of the week a brief presentation was provided to the class before running the four sketches three of which had background music to add to the effect of the drawings.